Add to Lightbox
Dallol, is the "Hill of the Spirits" for the Afar people. Is a land of geysers, crystal formations and sulphurous springs. Dallol is located in the Danakil Depression in a remote area subject to the highest average temperatures on the planet. The term Dallol was coined by the Afar people and means dissolution or disintegration, describing a landscape made up of acid ponds.
In this picture a portrait of Alì Arata, 23 years old. Alì lives in Hamed Ela, and for 10 years has been working as a tourist guide accompanying travelers to Dallol and the volcano Erta Ale. © Andrea Frazzetta
- -
Located in the northern part of the Afar’s Triangle, the vast Danakil depression is the place where the constantly expanding of three tectonic plates join together, close to the border area among Ethiopia, Eritrea and Djibouti.
This land made of fire, salt and lava close to the Rift Valley – the long breach that bisects the continent – is a ghost ocean. It is from the retreat of the sea, evaporated twenty thousand years ago, that the Danakil has gained its peculiarity: to be a spread of evaporitic rocks that gives rise to the Great Plain of Salt – a desert which stretches for about 600 kilometers.

BIO: Andrea Frazzetta is a documentary photographer, contributor to The New York Times Magazine and National Geographic. He was born in Lecce, in Southern Italy. He grew up in Milan, where he studied art and architecture. One week after his graduation, he took a flight for the Amazon Forest, following a small NGO, where he realized his first photo story. Since then, he decided to devote himself entirely to photography using it as a mean for discovery and story-telling. He started traveling and worked on several photo reportages, mainly in Africa, South America and in the Mediterranean area. He has worked on personal projects and assignments in more than 60 countries around the world. 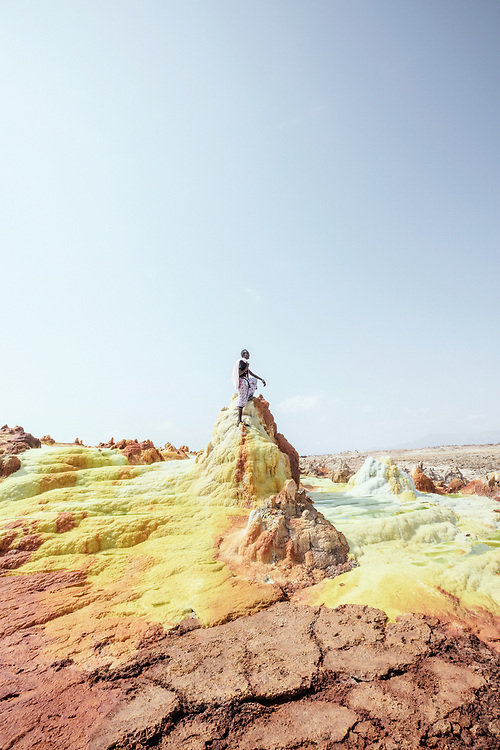