Add to Lightbox
An orphaned reticulated giraffe nuzzles Sarara Camp wildlife keeper Lekupania. This giraffe was rehabilitated and returned to the wild, as a number of others have done before him. Right now, giraffe are undergoing what has been referred to as a silent extinction. Current estimates are that giraffe populations across Africa have dropped 40 percent in three decades, plummeting from approximately 155,000 in the late 1980s to under 100,000 today. The decline is thought to be caused to habitat loss and fragmentation and poaching, but because there haven’t been long term conservation efforts in the past, it’s hard to know exactly what is happening. Reticulated giraffe themselves number fewer than 16,000 individuals. Scientists are now undertaking major studies to better understand why giraffe are disappearing and what can be done to stop it.

BIO: Nikon Ambassador and National Geographic Magazine photographer Ami Vitale has traveled to more than 100 countries, bearing witness not only to violence and conflict, but also to surreal beauty and the enduring power of the human spirit. Throughout the years, Ami has lived in mud huts and war zones, contracted malaria, and donned a panda suit— keeping true to her belief in the importance of “living the story.” In 2009, after shooting a powerful story on the transport and release of one the world’s last northern white rhinos, Ami shifted her focus to today’s most compelling wildlife and environmental stories. She is a five-time recipient of World Press Photos, including 1st Prize for her 2018 National Geographic magazine story about a community in Kenya protecting elephants. She published a best-selling book, Panda Love, on the secret lives of pandas. 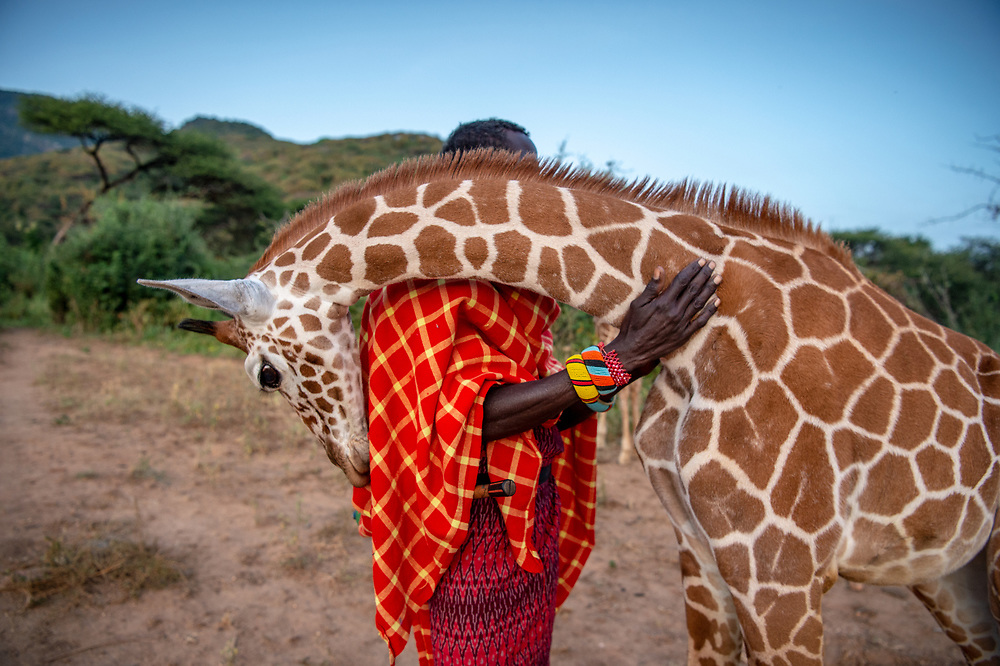