Add to Lightbox
An Anna's hummingbird hovers below a makeshift fog machine used by scientists to study the airflow around its wings.

BIO: Anand Varma grew up exploring the woods near his childhood home in Atlanta, Georgia. As a teenager, he picked up his dad’s old camera on a whim and found that he could use it to feed his curiosity about the natural world—and to share his discoveries with others. Anand studied integrative biology from UC Berkeley and now uses photography to share the story behind the science on everything from honeybee health to hummingbird biomechanics. He works to reveal the invisible details around us with the goal of sparking a sense of wonder about our world. Since receiving an Early Career Grant from National Geographic in 2010, he has photographed numerous stories for National Geographic Magazine. His recognitions include National Geographic Emerging Explorer, Media Innovation Fellow, Civic Science Fellow, and World Press Award for best nature story. Anand lives in Berkeley, California. 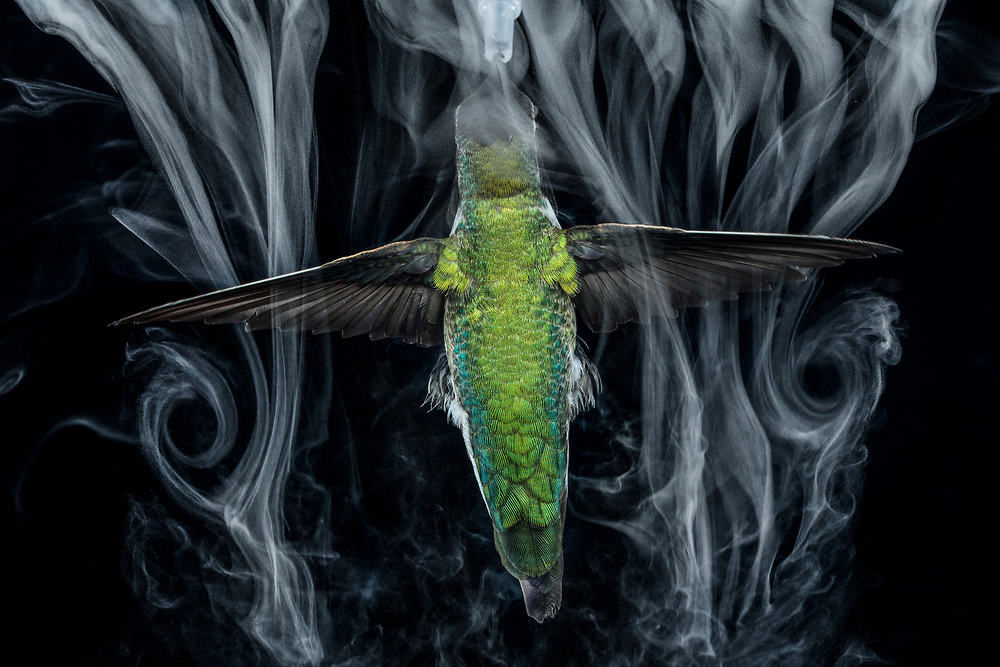