Add to Lightbox
Areas of Borneo have been turned into a moonscapes by illegal gold miners in Central Kalimantan. Indonesian farmers turn their hoes to mining, illegally digging for gold on a torn up riverbank in Borneo. For the chance to make five dollars a day, thousands have left their fields to join Indonesia’s gold rush. East Java has high unemployment and there are many migrant workers on Kalimantan (Borneo) from Java who came initially to do artisanal timber work. The government stomped out the little timber guys in favor of two big companies so they could control (read “profit from”) the industry. So all the artisanal timber workers switched to gold. Miners test in the 1000-ppm plus range for mercury (normal is 170 to 300). Eastern Java is severely overcrowded and the government has an official transmigration program over to Kalimantan. In Eastern Java they can earn about 100RP a day hoeing the fields. Here they can earn upwards of 30,000-60,000RP ($3-$6) a day. So it is worth it to them to camp in this area, having only the water (full of mercury) from the amalgam ponds to bathe and drink.

BIO: Randy Olson is a photographer in the documentary tradition. He often works with his wife, Melissa Farlow and their work has taken them to 50 countries over the past 30 years. Even though they are published in LIFE, GEO, Smithsonian and other magazines, they have primarily worked on projects for the National Geographic Society. They normally work individually, but have co-produced National Geographic magazine stories on northern California, American national parks, and the Alps. They photographed the southern United States for a book by Collins Publishing and have collaborated on over 70 books by various publishers. 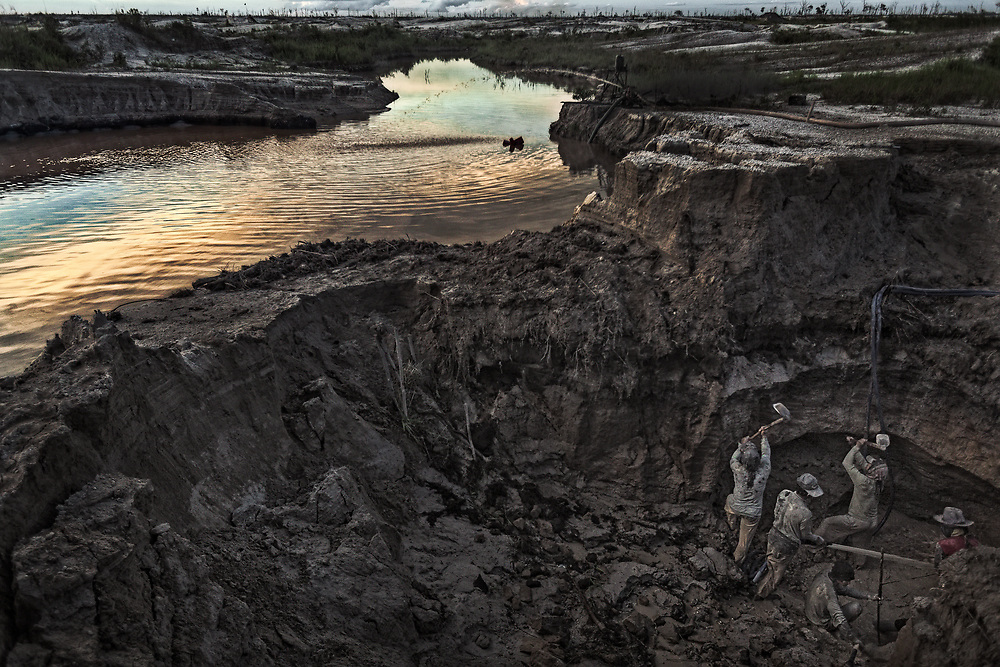