Add to Lightbox
TANZANIA. LAKE TANGANYIKA. OCTOBER 2016. Fishermen off the coast of Kazinga. The men standing on the smaller boats are spotters for the larger boats. Once the small fish, mostly Dagaa, is spotted the large boats with nets and many fishermen arrive for the catch. Kazinga was founded in 1957. An old man started it, his name was Anzuruni and nobody was there before him. Kazinga means a place where there is fishing, a certain type of fishing using a jig. They then used small boats with lanterns and tied a net on the boat. As the population increased, bigger boats became necessary to catch more fish. One of their current forms of fishing, with groups and nets and engines, they began in 1980. It is called ring net fishing. Spotters in small boats look mostly for dagaa and there is no set way to do it. At night, they use other boats and mostly catch dagaa and mikabuka and others. The kids on the boat, when they become 4 or 5 they may begin riding along in the boat, helping to scare fish into the net as well as learning from the older men.

BIO: Raised in the Skagit Valley, a farming community in Washington State, Michael became known for his documentation of the Libyan Revolution and the resulting monograph, Libyan Sugar (2016), which won the 2016 Paris Photo-Aperture Foundation First Photo-book award and the 2017 International Center of Photography Infinity Artist Book award. Yo Soy Fidel (2018), his book documenting Cubans observing Fidel Castro’s 2016 funeral procession, was exhibited during the 2018 Recontres d’Arles. Previously a photographer with Magnum Photos, Michael is a contributing photographer at National Geographic, The New York Times Magazine, Time and other editorials. Commercial clients include Chopard, Land Rover, Nike, Sony, Amnesty International, Hyperice, HBO, Tecno and Al-Jazeera. He is based in Los Angeles. 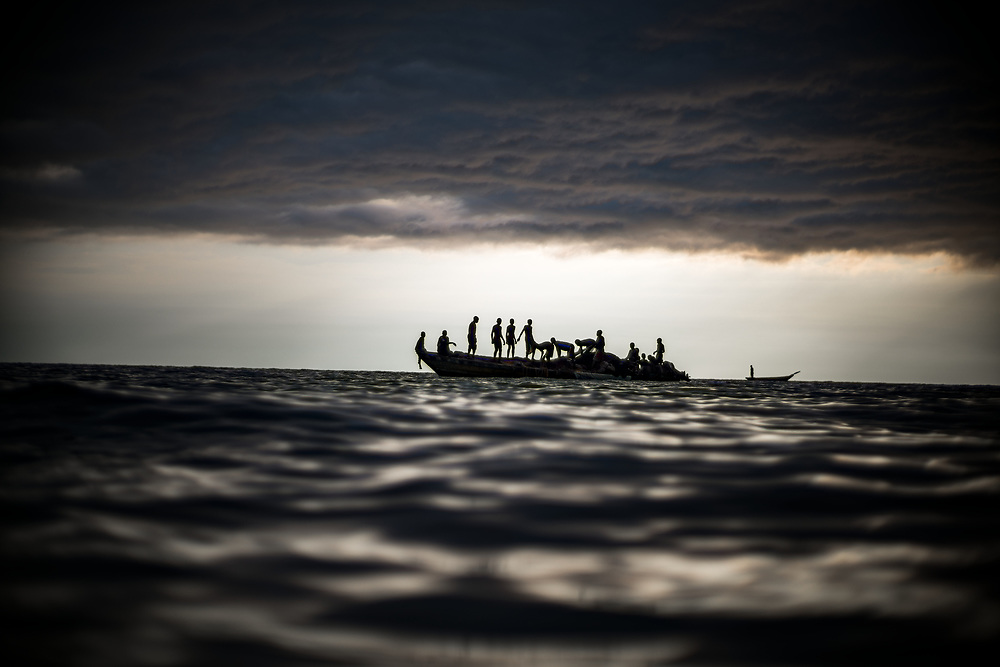